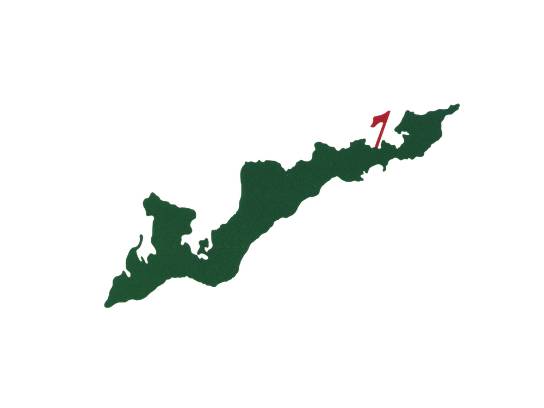 Probably the consummate design of architect Seth Raynor, who died in early 1926, before the course had officially opened. His steeply-banked bunkers and geometric greens harmonize perfectly with the linear panoramas of the Atlantic Ocean and Long Island Sound. The quality of the holes is also superb, with all Raynor's usual suspects, including not one but two Redan greens, one on a par 4.

100 Greatest History: Ranked 1969-74 and since '01. Highest ranking: No. 9, 2009-10. Previous ranking: 11
"There may be no more spectacular setting for a golf course in the United States. Water views with an idyllic New England shoreline framing it: This defines exquisite in golf. Seth Raynor was a genius; this is truly one of a kind."