Check back often! Items will be added weekly! 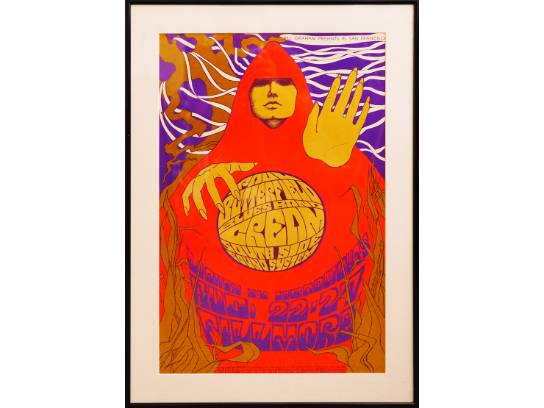 This is a 1st printing poster printed before the concert. Cream, the original power trio, was creating a huge buzz in the music world before performing their first show in the States. Before even hearing them play, Bill Graham had the foresight to book Cream for nearly two weeks at the Fillmore. MacLean's artwork conjures up the mystery of the moors.

It was August of 1967, the "summer of love" and San Francisco was the place to be. Cream began their first tour of America on August 22, at Bill Graham's Fillmore Auditorium. Three dollars was enough to buy a ticket, and the place was packed to the rafters. The Fillmore was sold out for five straight nights, after which Bill Graham gave each member of the band a gold watch.