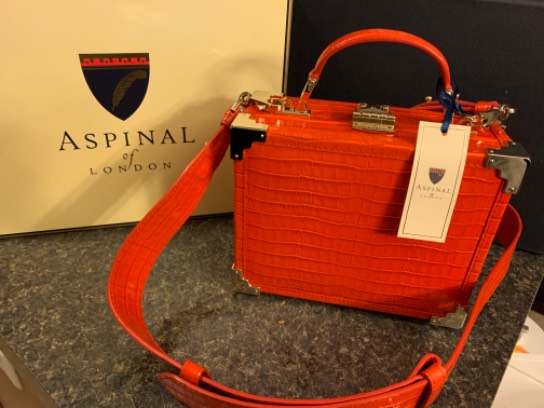 This stunning handbag called "The Trunk" by Aspinal of London is made of Italian Calf Leather. The bag is adorned with the Aspinal signature shield lock closure, Brass trimmed corners and protective base feet.