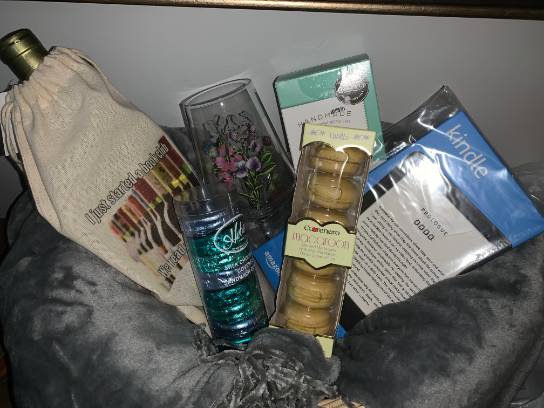 Donated by the AFF Book Club this awesome basket has everything you need to snuggle up with a great read!

-Bottle of wine in a fun wine bag