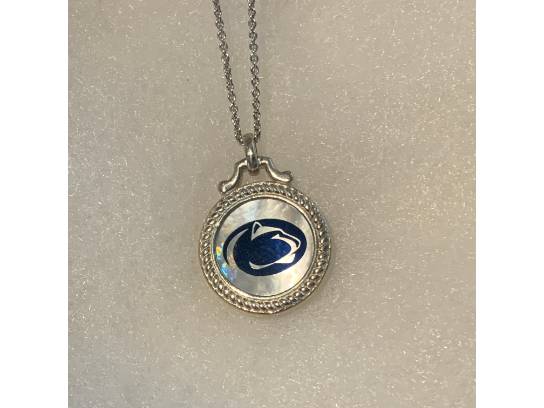 This sterling silver pendant features a enameled blue Lion Logo on Mother of Pearl, the perfect combination of blue and white. The silver frame around the Mother of Pearl has a twist design. The pendant hangs on an 18" sterling silver cable link chain with a lobster claw clasp. Back of Pendant has an elegant design as well.