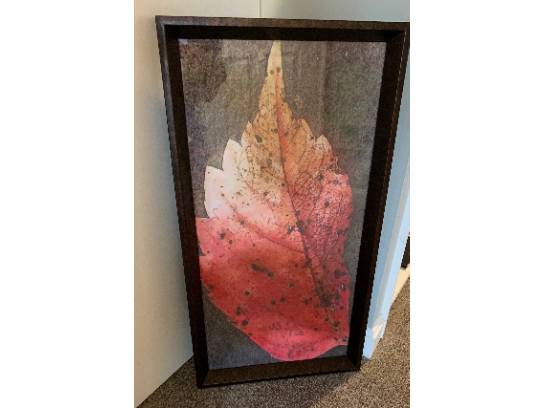 "One Red Leaf" created from an original color photo. The color was blown out digitally. Next a print was made and hand painted with alcohol inks to create the intense colors throughout the art.