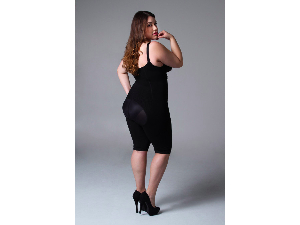 Elsa's Curves flattens your tummy, adds to your bust line, curves your waist and lifts your butt while providing upper and lower back support for better posture. The Garments are radically different as you will lose inches in areas you want most and give immediate results. Donor: Elsa's Curves