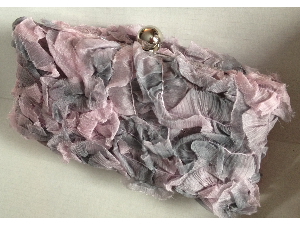 This messenger bag holds what you need to get you through the day. Made of recycled, repurposed materials it also allows you to make a meaningful "green" statement. The small purse is also made of recycled, repurposed materials. It is stylish and fits the essentials for a special occasion. The bags are not exchangeable or returnable. Donor: Northern Attire