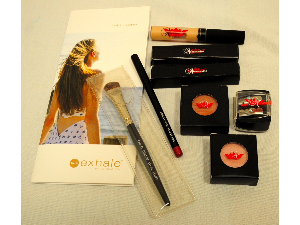 Exhale, take a deep breath and become a brand new you at Exhale Spa on North State Street in Chicago. Enjoy an exhale mind and body class, $25 towards spa therapy, 15% off Allessandra brows, and $198 in Allesandra Cosmetics - made up of two lip glosses, lip liner, mineral bronzer, one mineral eyeshadow, one eyeshadow brush, and one mineral concealer. You'll be a brand new you with this Exhale Salon Package with Rosa Allesandra. Donor: Exhale Spa, Rosa Allesandra