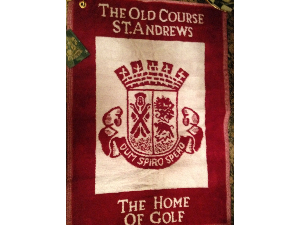 "The Home of Golf" brought to you by one of the St. Andrews Caddies, David Sharp! Inludes a St. Andrews Golf Towel and a bottle of Blended Scotch Whiskey. Donor: David Sharp