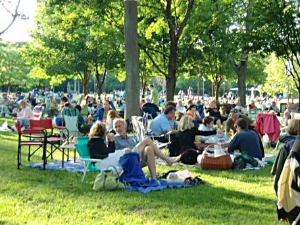 Enjoy a picnic dinner and concert tickets for six at Ravinia in Highland Park during the 2014 season. The picnic dinner will be provided by Apple A Day Catering. All reservations are subject to availability. Final concert date to be mutually agreed upon with the donors. Donors: Wendy and Tony Enerson