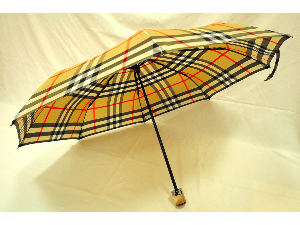 You will be singing in the rain with this signature Burberry umbrella. This is not returnable or exchangeable. Donor: Eric & Judy Nygard