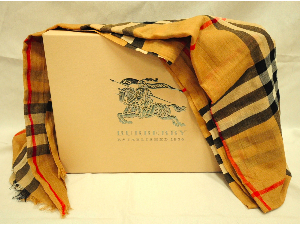 Wrap yourself in luxury with this giant check wool and silk gauze scarf from the incomparable Burberry. This scarf is not returnable or exchangeable. Donor: Eric & Judy Nygard