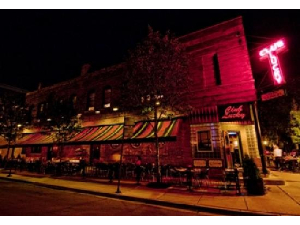 Enjoy a 90-minute cocktail party or VIP dinner party with first 90 minute drinks on us for 16 people at what is considered as Bucktown/Wicker Park's most popular establishment, Club Lucky! With a unique lounge, great music, and traditional Italian fare, including outstanding beer, wine and cocktails, you're sure to have one memorable night. This must booked at least one week in advance, is non-transferable, gratuity is not included, and expires September 30, 2014. Donor: Club Lucky