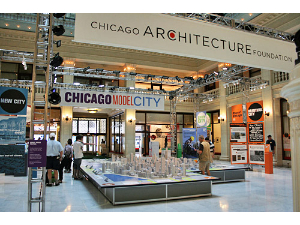 Chicago is a culturally connected city! Check out the local cultural scene with four walking passes from the Chicago Architecture Foundation, voted the number one thing to do in Chicago by US News & World Report. You will also be able to take in the cutting edge exhibits capturing different aspects of today's modern-day lifestyle through photography, film, sculpture, performance, and much more with two day passes for the Museum of Contemporary Art. Finally explore the world of film with a one-year dual membership to the Gene Siskel Film Center. The CAF passes are not valid for AIC Campus and Modern Wing, Louis Sullivan and the Tiffany Treasures tours. Advance reservations are recommended and these must be redeemed in person only at the Chicago Architecture Foundation. Donors: Chicago Architecture Foundation, The Gene Siskel Film Center, Museum of Contemporary Art Chicago