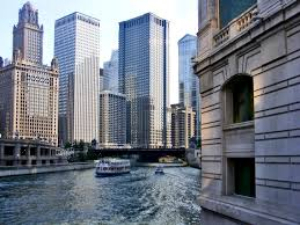 Get a bird's eye view of Chicago's world-class architecture with a private river cruise for up to eight people. What a treat for out of town guests or just your friendly neighborhood architecture buffs! This is valid from March 25 thru September 12, 2014 and expires September 13, 2014. Final cruise date to be mutually agreed upon with the donor. Donor: Oppenheimer & Co. Inc.