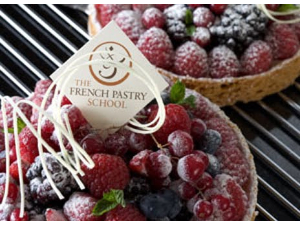 You and three others can enjoy a 2.5- hour demonstration with two award winning Chef Instructors at the French Pastry School on west Jackson Blvd. in Chicago. After touring the state of the art facilities, you will have the chance to learn and make chocolate candies, petits fours and an elegant plated dessert. Then comes the best part; not only will you get to try all of your exquisite creations, you will be able to leave with a delicious gift bag full of fancy French treats. This is valid thru December 31, 2014. All reservations are subject to availability. Contact them and register online to schedule an appointment. Donor: French Pastry School