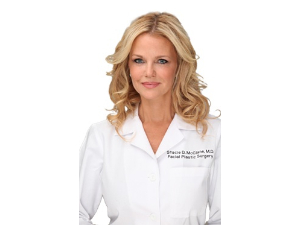 Dr. Stacie McClane, a board certified facial plastic and reconstructive surgeon, invites you to her downtown office for a "PCA Chemical Peel." The Sensi Peel is very gentle and will strengthen and brighten the skin. Restrictions may apply, expires June 30th, 2014. Donor: Chicago Plastic Surgery Center/ Dr. Stacie McClane