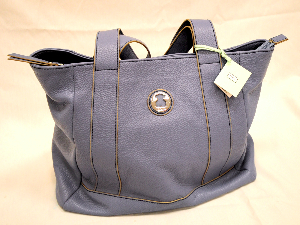 This exquisite, leather handbag from Tous will turn heads wherever you go! This bag is not returnable or exchangeable. Donor: Tous