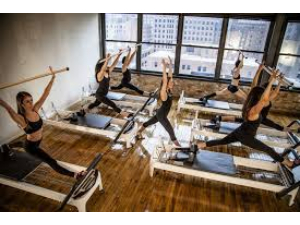 Flex, located on W Institute Place in Chicago, is a boutique pilates studio with just six reformers. Each class provides hands-on, semi-private instruction. No previous experience is necessary and those who are advanced are also welcome! Give Flex a try with a five-pack of reformer pilates group classes. Expires 9/8/2014. Donor: Flex Pilates Chicago