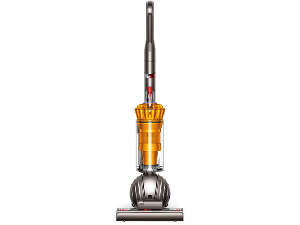 Tired of messy carpets and dusty floors? Then we've got the solution for you! Take home this Dyson DC41 Animal Vacuum and say goodbye to dirt?forever. It's named Animal for a reason. The vacuum is not exchangeable or returnable. Donor: James Dyson Foundation