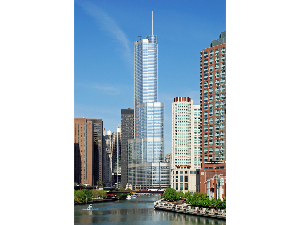 You're either staying at a Trump or in the shadow of one. Enjoy a one-night stay for two in a Deluxe King room at the tallest reinforced building in the world. A showcase of bold style and engaging design will make this stay a breathtaking memory. Expires February 28, 2015, all reservations are subject to availability. Some blackout dates may apply. Donor: Trump International Hotel & Tower