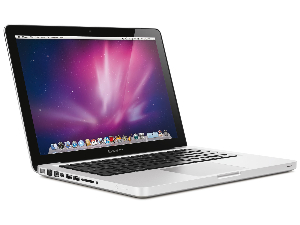 A groundbreaking retina display. All-flash architecture. The latest intel processors. Remarkably thin and light design. Together, these features take the notebook NTO to a place it's never been. And they'll do the same for everything you create with it. Take home this Apple MacBook Pro with Retina display, Core i7 5 GHz, and you'll notice a difference in everything you do. Donor: MoreDirect