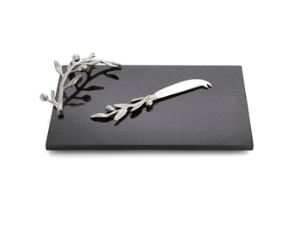 Add this stunningly elegant cheese board from designer Michael Aram to your entertaining arsenal. The black orchid pattern is sure to garner compliments! This piece is not exchangeable or returnable. Donor: Neiman Marcus