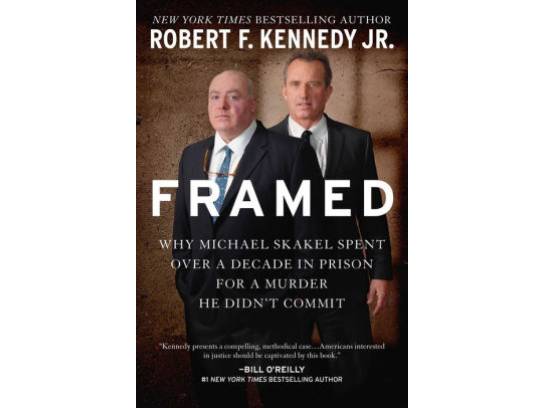 On Halloween, 1975, fifteen-year-old Martha Moxley's body was found brutally murdered outside her home in swanky Greenwich, Connecticut. Twenty-seven years after her death, the State of Connecticut spent some $25 million to convict her friend and neighbor, Michael Skakel, of the murder. The trial ignited a media firestorm that transfixed the nation. Now Skakel's cousin Robert F. Kennedy, Jr., solves the baffling whodunit and clears Michael Skakel's name.
In this book, Kennedy chronicles how Skakel was railroaded amidst a media frenzy and a colorful cast of characters-from a crooked cop and a narcissistic defense attorney to a parade of perjuring witnesses.

Autographed and includes certificate of authenticity.