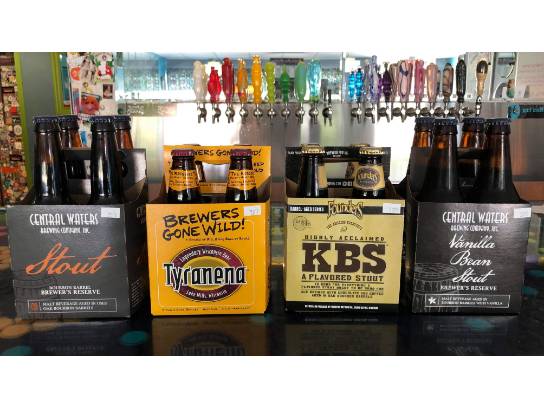 ? 2018 KBS (Kentucky Breakfast Stout), 11.2 % ABV
By Founders. One of the original and collected every year. Imperial Stout with chocolate and coffee, aged in a bourbon barrel.