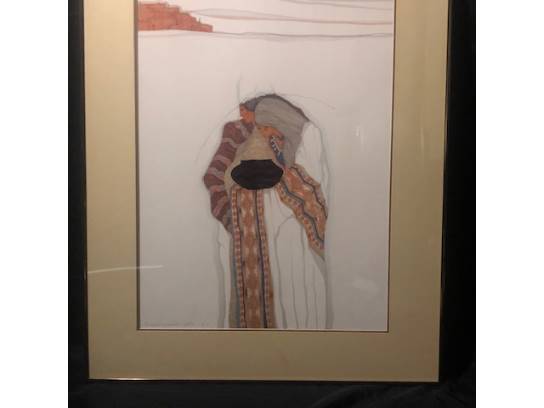 "After the Fair" Framed Art

Amado Maurilio Pena, Jr. was born in Laredo, Texas in 1943. He studied art and education at Texas A & I (now Texas A & M Kingsville), where he received his Bachelor's and Master's Degrees.

His artwork is inspired by places such as Canyon de Chelly, Spider Rock, Monument Valley, Enchanted Mesa, Acoma, and Black Mesa. These sites are part of an enduring landscape that speaks of the ancient heritage of a region that is now known as Arizona and New Mexico.

Amado's artwork is defined by its bold color and form and dynamic composition.
Through his art, he communicates his vision of a land, its people and their art.

Amado Pena is recognized as an Artisan of the Pascua Yaqui Tribe of Arizona. This is a particularly high honor and one that he cherishes. He is dedicated to furthering
the public's knowledge and interest in the Tribe, its art, its history, and its culture.