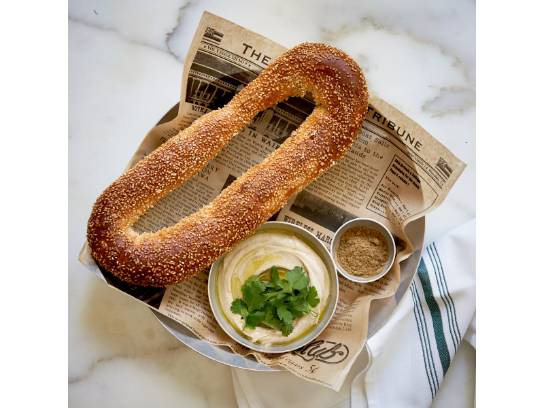 Embark on a Romantic Dinner for 2 at Nur, NYC

Chef Meir Adoni's inventive Nur is where he "lets loose" on high-end, modern Middle Eastern dishes, designed to encourage sharing. The chef operates two other restaurants, both in Tel Aviv, Israel - while his menu at Nur nods to his Israeli roots, his cooking reflects the entire region. "The swirl of flavors also reflects Mr. Adoni's expansive definition of the food of the Middle East," wrote The New York Times' critic Pete Wells. "Nur's menu embraces Morocco and Libya in North Africa, in addition to Israel, Yemen and Syria; again, it's hard to keep count." You and a guest will be treated to a romantic dinner at this casual, yet refined Flatiron restaurant where the offerings feature modern, bold, and playful takes on classic dishes.