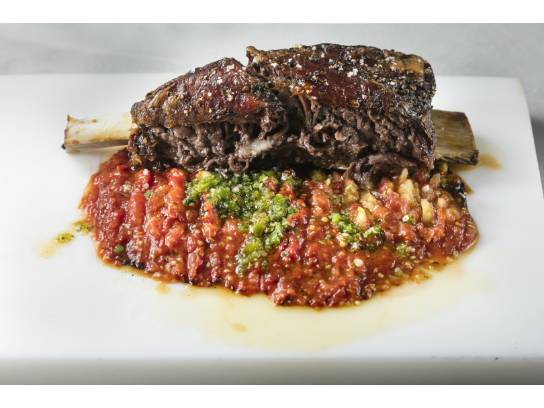 Considered one of the leading figures in the Israeli culinary scene, Chef Eyal Shani stars in the TV series Food for Thought and has appeared on the panel of judges for six seasons of Israeli Master Chef. Since launching his fine dining restaurant, HaSalon in Tel Aviv, Shani has opened similar concepts throughout the rest of the world. You and a guest will experience the HaSalon in Hell's Kitchen, Shani's Mediterranean restaurant that the New Yorker called "high-minded food served in a kind of mismatched living room, which, after ten o'clock, turns bacchanalian, complete with dancing on tables."

Must be used during first seating only.