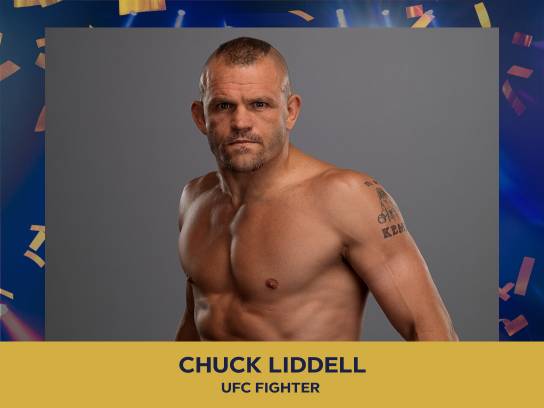 "Chuck "The Iceman" Liddell burst onto the MMA scene in 1998 during his UFC debut fight win against Noe Hernandez in UFC 17. His rise to UFC champion includes most notable TKO wins against Randy Couture (UFC 52 & 57), Tito Ortiz (UFC 47 & 66), Wanderlei Silva (UFC 79) and the KO win that catapulted him into UFC stardom at UFC 31 against Kevin Randleman. Chuck reigned as UFC World Light Heavyweight Champion for two years, defending his title five times. By 2002, Liddell was considered the #1 contender for the UFC Light Heavyweight Championship, with growing popularity and support from his fans.

He's not only a fighter with an MMA Pro Record of 21 wins, but a movie and TV star, too, who wants to have an in-person lunch with you! Imagine that, dining with a champion and superstar who can give you the kind of mat talk you need to succeed in life!"