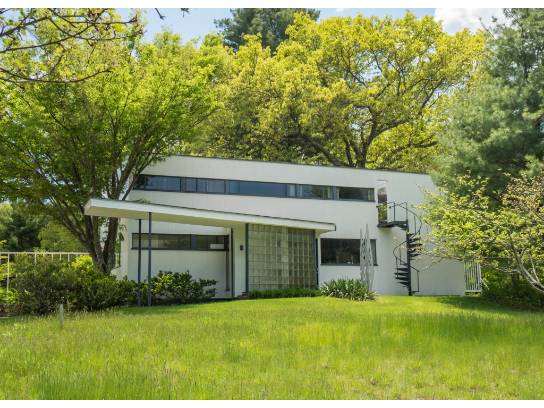 Tickets for 2 to an exclusive event organized by the German Consulate Boston.

The event will take place at the Gropius House in Lincoln, MA, a house that was designed by Bauhaus founder Walter Gropius as his family home when he came to teach architecture at Harvard's Graduate School of Design in 1937.

This year celebrates the 100 year anniversary of the founding of the Bauhaus -the 20th century's most influential school of art, architecture, and design- and what better way to celebrate this centenary than by experiencing the Bauhaus in an immersive experience at an Evening at Gropius, hosted by the German Consul General Nicole Menzenbach.

Modest in scale, the house was revolutionary in impact. Gropius House is a National Historic Landmark. The house features a significant collection of furniture designed by Marcel Breuer and fabricated in Bauhaus workshops. With the family's possessions still in place, Gropius House has a sense of intimacy that will be enhanced by the special program currently being put together including a presentation on female figures of the Bauhaus.

Enjoy a VIP event on a late summer evening in Lincoln with Consul General Menzenbach!