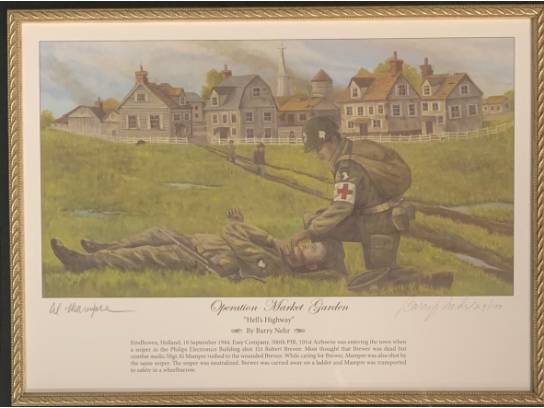 This print memorializes Operation Market Gardens which was a World War II military operation fought in the Netherlands from 17 to 25 September 1944. It was the brainchild of Field Marshal Sir Bernard Law Montgomery, planned primarily by Generals Brereton and Williams of the USAAF.

The print is #26/100 and is signed by Staff Sgt. Al Mampre, who served as a medic in the famed World War II "Easy Company" immortalized in "Band of Brothers," Al is depicted in this print giving aid to a soldier injured by sniper fire.