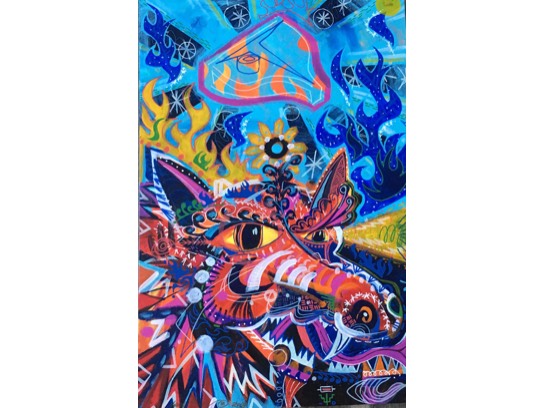 "I believe that artists have a responsibility to communicate to the public on a wide variety of topics," he says. "Being an artist means in a larger sense being a problem-solver. Most artists have an unusual way of looking at problems and challenges. This can be a useful and interesting contribution." Smith believes that art must be integrated into the fabric of everyday life. Classically trained as a draughtsman, he begins with observational drawing, revisions, and sketches on paper, then moves on to larger works on canvas or three-dimensional media. Smith's practice combines traditional mark-making techniques, Color Field experimentation, and automatic writing.