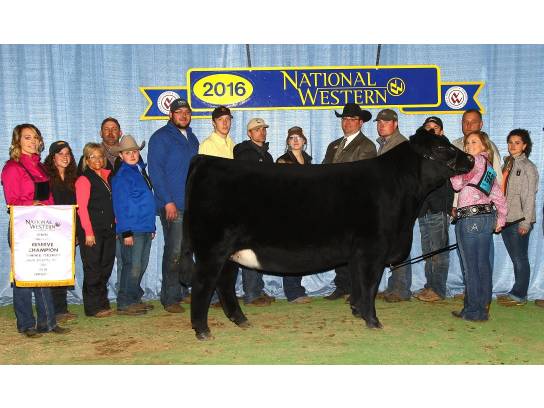 Embryos of Womack Precious Miss 240B

HEIFER EMBRYOS. Precious Miss 240B (aka Kitty) was the most dominant SimAngus female on the planet in 2015-2016 when she won 11 shows from Jackson to Lafayette to Denver and every place in between.
She is now an awesome donor with back-to-back success in each of her two crops. Her first calf was the $15,500 daughter of Jack Around that now works for Puderbaugh Farms, PA, and her second crop included the $8,500 Pays to Believe daughter shown here.
For those of you keeping score, this cow has posted a progeny average of $12,000 so far and she is really just now hitting her stride in production. She has a really impressive Pilgrim daughter (photo here) selling in April and there will be much more.
Kitty is a product of the famous "Precious" cow family at Grandview Womack Farms that spawned National Junior Angus Show Champions, Louisville winners, and generations of excellent throughout the breed.