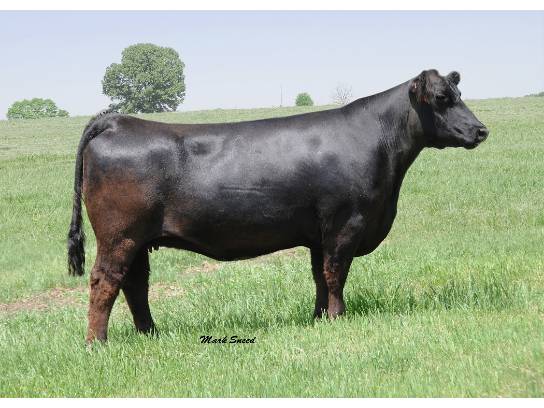 FROZEN GOLD ONLY...HEIFER EMBRYOS. A Frozen Gold exclusive from one of the greatest MaineTainer cows ever, these are precious gems that we never thought we would see again!
Mercedes 701P is the sparkplug behind so many great motors and she ranks as one of the most valuable cows in the AMAA herd book. She is the foundation dam of more than 100 registered progeny including daughters that rank among the most elite producers in breed history.
These embryos will produce full sisters to the great BPF Miley 80T, the foundation dam at Goettemoeller Show Cattle, In, that gave us legends like I-80, I Believe, Hottie, Dottie, Marley 9Z, Cherry, Berry, and many more including multiple elite donors flourishing now around the country.
Other daughters of 701P include a $30,000 full sister to Miley 80T and her famous maternal sister, Mercedes 128U, herself one of the best Ali daughters of all time. Mercedes 128U is the full sister to Mercedes Benz and she was a major-winning show heifer before she became the priceless dam of a substantial string of top performers including Set Me Free and Man 2 Man, both top sires at Rodgers Cattle Company, IA. A 128U daughter was Supreme Female of the 2012 Ohio State Fair for the Spohn family, OH, and was featured here in 2015 plus another daughter, GOET Cedes 128X, was a major winner for the Gilbert family, OH, and is also a Frozen Gold donor. Steers from 128U include $52,000 and $49,500 standouts and winning daughters include more than one that brought more than $20,000.
These are foundation Maine genetics and this combination really works well. Own these and start something elite in your herd. Mercedes 701P?the best or nothing.