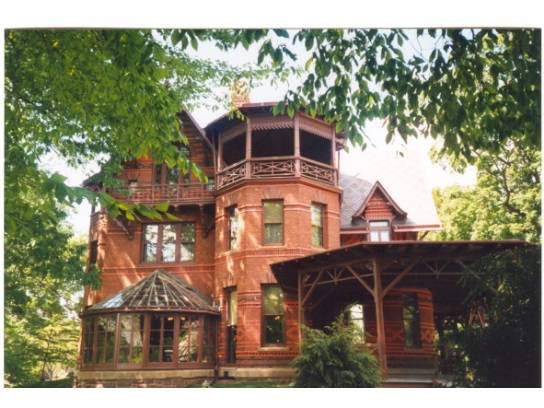 Private Tour of the Mark Twain House and Museum

Up to 10 guests enjoy a private tour of the Main House at the Mark Twain House and Museum.

The Mark Twain House & Museum, a National Historic Landmark in Hartford, Connecticut, was the home of America's greatest author, Samuel Clemens (a.k.a. Mark Twain) and his family from 1874 to 1891. It is also where Twain lived when he wrote his most important works, including Adventures of Huckleberry Finn, The Adventures of Tom Sawyer, The Prince and The Pauper, and A Connecticut Yankee in King Arthur's Court. A stunning example of early Stick-Style architecture, the 25-room home features a dramatic grand hall, a lush glass conservatory, a grand library, and the handsome Billiards room where Twain wrote his famous books. National Geographic named it "one of the ten best historic homes in the world," and TIME magazine dubbed it "Downton Abbey's American Cousin."

*Tours to the Mark Twain House and Museum are subject to availability. Reservations must be made in advance.