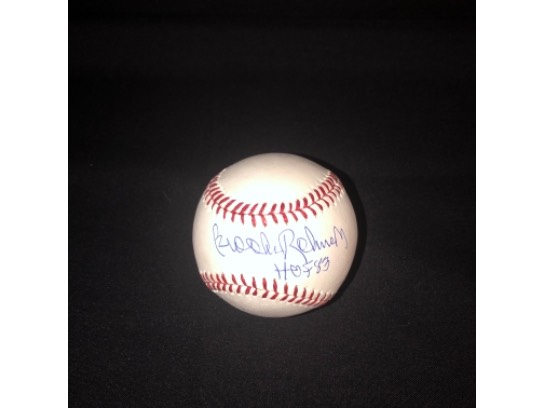 Robinson began his career with the Baltimore Orioles, the only team he ever played for, in 1955, and for 23 years dazzled fans on the field with his glove. Off the field, he was humble and gracious. Joe Falls of The Detroit News pondered "How many interviews, how many questions - how many times you approached him and got only courtesy and decency in return. A true gentleman who never took himself seriously. I always had the idea he didn't know he was Brooks Robinson."

In total, the 18-time All-Star and winner of a record 16 consecutive Gold Glove Awards led the Orioles to six post-seasons including two World Series Championships. In 1964, Robinson took home American League MVP honors, putting up the finest offensive season of his career, leading the league with 118 RBI. In 1966, he won the All-Star Game MVP Award despite the American League losing the game, and in 1970, was named the World Series MVP where he batted .429 with two home runs and six RBI.

Donated By The Donlon Family