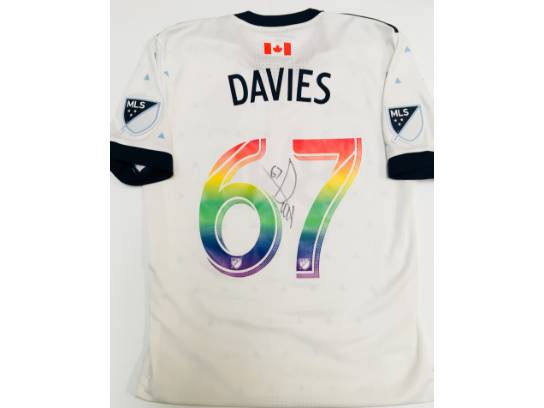 Among the youngest active players in MLS, Alphonso Davies joined Whitecaps FC Residency in 2015, prior to being added to the USL side in February 2016, then the MLS roster in July 2016 when he was 15 years old. He became become the youngest player to score a goal in the CONCACAF Champions League, Canadian Championship, and USL.

On July 25. 2018, Whitecaps FC announced a record-breaking transfer agreement with FC Bayern Munich for Davies. The move involved a fixed transfer fee and additional compensation that could total more than $22 million US, the most ever received by an MLS club in the league's 23-year history.

Davies will finish the 2018 MLS season with Whitecaps FC before making the move to one of the most storied clubs in football. He will be eligible to play for Bayern Munich when the international transfer window reopens in January 2019.