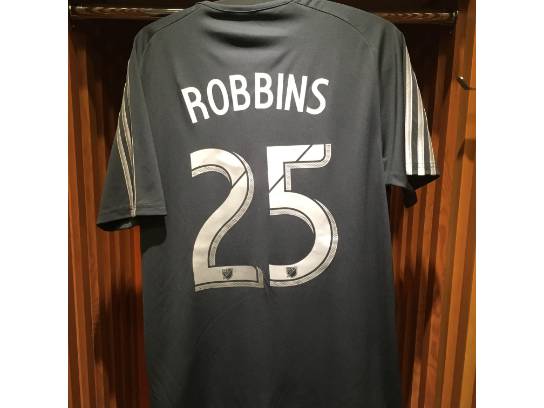 Own actor Ryan Robbins' game-worn and signed jersey from the Legends & Stars charity match on September 15, 2018!

Ryan Robbins is a Canadian born actor growing up in Victoria, British Columbia. Ryan has a long acting career, dating back to 1999 where he played Jed on TV series Millennium. He later went on to play roles in both Alice, I Think, Stargate: Atlantis and Battlestar Galactica. More recently, Ryan stared in The Killing, and the Canadian series, Republic of Doyle. Ryan has also starred in major movies including i,Robot and Apollo 18.