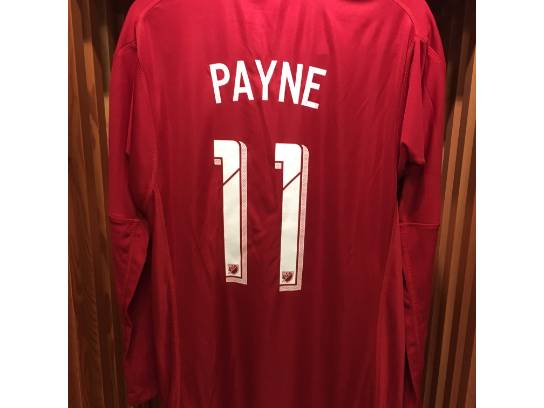 Own actor Dan Payne's game-worn and signed jersey from the Legends & Stars charity match on September 15, 2018!

Dan Payne is a Canadian actor born in Victoria, British Columbia. Dan has a long acting career with some of his earliest credits from major TV shows including Smallville and Stargate SG-1. He later on went on to star in Stargate: Atlantis and R.L. Stine's The Haunting Hour. Dan has many film credits to his name, including movies such as Watchmen, Mulligans and Star Trek: Beyond.