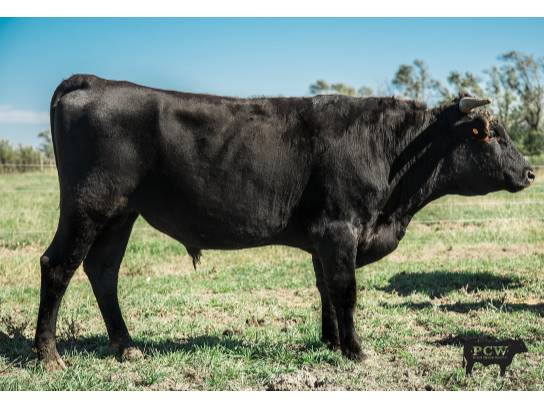 PCW Beijirou Doi 003 brings a powerhouse of pedigrees into his genetics including Itozuru Doi which offers his offspring a large frame and produces great fullblood mothers with excellent milk. His sire Beijirou is a son of Okutani one of the original females imported with Suzatani, Beijirou Doi's sire Beijirou was sired by Haruki 2 who is becoming one of the trait leaders in the breed. Beijirou Doi also traces back to Sanjirou on his Dam's side, Sanjirou is out of the greatest cow to leave Japan, Suzutani, who represents one of the most potent bloodlines in Japan. This bull is semen tested and ready to breed cows now. Two heifers bred to him sell as Lots 7 and 8.