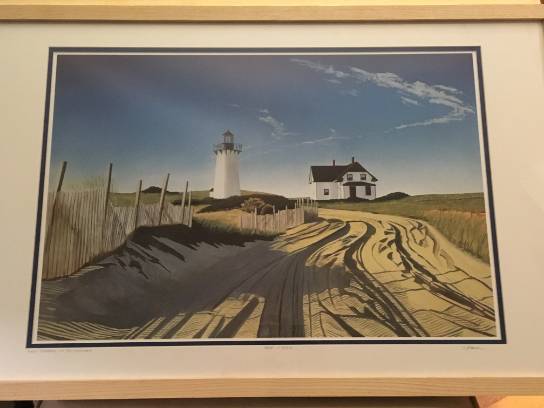 First Summer of the Century

Doug's style of painting developed over the years, reflecting his stages of life. Doug's brilliant realist paintings early on featured bright vibrant colors, while in the later years, he painted scenes that projected a sense of calm and peace. During high school, he developed an interest in painting which years later, would prove to be one of his legacies.

In the 1970s, Doug, along with his father and a business partner, launched The Athlete's Foot in one tiny store on King Street in Waterloo. It was the first-of-a-kind concept in Canada - a store that focused solely on athletic footwear and clothing, which other large corporations soon copied. The business grew to become a national chain of stores.

With the economic recession in the late1980s, the Athlete's Foot Ltd. closed and Doug decided that becoming an artist was the way he would now make a living. It was a typical decision that Doug would make. Take a risk, come up with a plan, dive in full force, and just go for it.

He moved to Hawaii and began painting. In order to sell his art, he hired a Hawaiian to pretend to be the artist. This was the beginning of Doug's artistic success.

In the summer of 1992, he moved to Provincetown, Massachusetts where he met Carlos who would become his partner, both in business and in love.