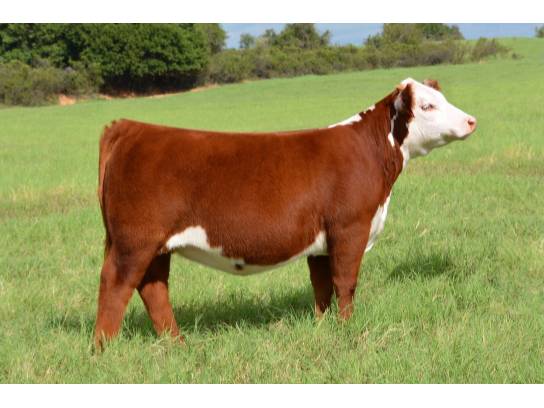 Due to losing our foundation donor cow, RW Mindy 3078 6096 earlier this year, KLD Herefords will be retaining ˝ interest in D82 and D83. Possession will be agreed upon between buyer and seller.