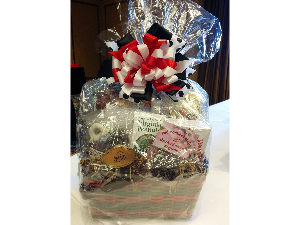 Gift basket full of your favorite Virginia snacks, a Dishing up Virginia cookbook full of recipes and interesting stories and a bottle of Virginia wine.