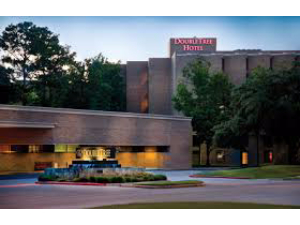 Ejoy a one night complimentary weekend night stay for two with breakfast at the Doubletree Hotel Houston Intercontinental Airport. A warm Texas welcome and delicious signature DoubleTree cookies await you at the DoubleTree by Hilton Hotel Houston Intercontinental Airport, located one mile from George Bush Intercontinental (IAH) Airport. Take advantage of the complimentary airport shuttle to and from our Houston airport hotel. Certficiate is based on availability. Excludes all special events and holidays other blackout dates may apply. Expiration date is non-extendable, non-transferrable, no cash value and expires April 30, 2016.