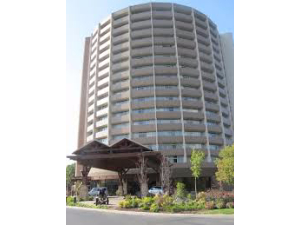 Enjoy a two night stay with breakfast for two at the The Park Vista Gatlinburg- a Doubletree Hotel. The hotel is known for its spectacular views and exquisite service. Orverlooking the beautiful Smoky Mountains National Park and the quaint city of Gatlinburg, each guestroom has its own private balcony with amazing views. Conveniently located on the City's Trolley Route, The Park Vista is only minutes from the many restaurants, shops, and attractions that downtown Gatlinburg has to offer. And if your adventures include to visit to Dollywood Theme Park or a day of Outlet Shopping we are only minutes away! Along with your two night stay, enjoy Entertainment from Fee Hederick Family Entertainment Group! Fee Hedrick Family Entertainment Group
Pigeon Forge, TN
*2 adult tickets to the Hatfield & McCoy Dinner Show
*2 adult tickets to the Smoky Mountain Opry
*2 adult tickets to the Comedy Barn Theatre