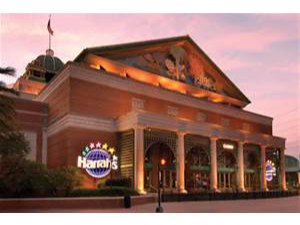 Enjoy a one night complimentary stay at Harrah's New Orleans with dinner for two at Besh's Steakhouse (Based on availability. Expires 4/1/16). The AAA Four Diamond Award-winning Harrah's New Orleans hotel is located in the heart of the world's most exhilarating city. This 26-story marvel, with 450 oversized rooms and suites, provides an unparalleled escape. These luxurious New Orleans accommodations feature deluxe beds with pillow-top mattresses, flat screen televisions and wireless Internet. With spectacular views of the Mississippi River and New Orleans skyline, just steps from the French Quarter and Convention Center and a few blocks from the Superdome, there is no better place to stay.