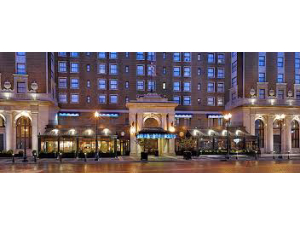 Enjoy a Complimentary Two night stay at the Plaza Dream located in Grand Rapids, MI. Complimentary nights include evening turn down service and access to the fitness center. Certificate is valid for Friday and Saturday evenings only. Based on availability. This certificate is in a form of a gift card and has a letter explaining what the gift card is for.