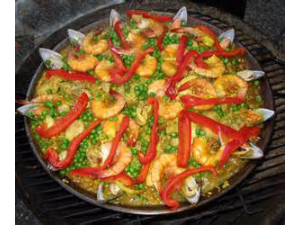 It's Paella Time! Enjoy this wonderful gift from Columbia Restaurant courtesy of Visit Tampa Bay. This basket is full with a Traditional Paella Pan and authentic ingredients like rice, smoked paprika and olive oil. Enjoy!