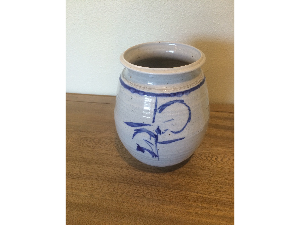 Enjoy this beauatiful handmade Pottery vase with blue and white décor. This is truly one of a kind!